My Love/Hate with Food

If you haven’t picked up on it already by reading my blog, I have a love/hate relationship with food. I absolutely love good food – I expect high quality ingredients in everything I eat and I expect every meal I have to be delicious. I’ve always been quite high maintenance when it comes to food – always voicing my opinion where and what to eat. It is something that I struggle with because I would like to be seen at someone who is “easy going” but when it comes to food, I’m not.

Well, since we finished P90X and I no longer had those final results and pictures to aim for, I’ve definitely let my love of food take over. In addition, we’ve been training for a marathon so I’ve justified eating high calorie foods as part of “carbo-loading” or just because I deserved them for my hard work. Unfortunately, I didn’t always deserve them because about 10 days before the marathon I got sick and took about five days off of working out (with one long run in between) because of it. Instead of cutting back on my consumption, I ended up increasing the calories I was eating due to social obligations that had me eating out frequently  (and let’s be honest I just didn’t really try).

Can Marathons Make you Fat

Marathons require a taper which includes carboloading and also require rest afterward. It is advised not to cut back on calories before or after a marathon because you body needs the fuel. More excuses for me to overindulge. It doesn’t help that June seems to be the busiest month of the year with the exception of December when it comes to food-oriented social obligations – weddings, graduations, dinners out, etc. So where did all this lack of exercise and overindulgence put me? With a 4-5 pound weight gain and a lot of guilt.

I am mostly disappointed in myself because I was so amped on my results and nutrition changes during P90X that I proudly proclaimed how this was a lifestyle choice and I was no longer excited by sweet potato fries, pizza and beer. Yeah right.

Well, the lesson has been learned. Training for a marathon doesn’t warrant excessive overindulgence. Even my running coach mentioned at our pasta carbo-loading dinner that it is nearly impossible to lose weight during marathon training. There is just too much food around (not to mention you eat a solid breakfast pre-long run then several Gus during the run and then a recovery drink after the run followed by a large meal and several other snacks/meals throughout the day due to intense hunger).

Mike is also feeling out of shape (we haven’t done any weight lifting in weeks), so we set our sights on starting back on P90X full swing starting tomorrow, Monday, June 13. Originally we didn’t plan to do P90X all out until after September due to the fact that we have a couple of triathlons planned plus we’re running another half marathon in August. However, as vain as it sounds, Mike and I both want to look good for our week long beach vacation in the Dominican Republic the first week of August and we know that swimming, biking and running isn’t going to get us where we want without a proper diet and weight training. So the plan is to put P90X first, and add in at least one bike, swim and run per week (no Kenpo again).

Another HUGE reason I want to get back onto P90X and the nutrition plan is that I have been selected to be in the new P90X infomercial. I submitted my before/after pictures for a random drawing for $400 that Carl Daikeler tweeted about, and was soon contacted by a representative at Beachbody that said she would like to use my pictures for the infomercial. I agreed and sent in the required paperwork. Then, this past week she called me and told me that they want me to also create a video for the infomercial! I immediately told her that I wasn’t’ in the shape I was in when I took the after pictures and asked for some addition time. She said I could have as long as I want, as they are early on in putting it together.

Get Back in Shape Plan 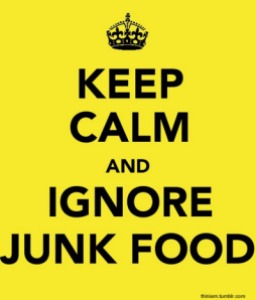 The informercial and the beach vacation are just the two motivators I need to not only get back to where I was, but to get even better! Starting tomorrow, I am going to start P90X and triathlon training. Additionally, I am going to try to do the Shakeology Cleanse. I’m not sure that I will be able to do the Shakeology Cleanse perfectly for all three days because I have several workouts scheduled (it is calorie restrictive) but I plan to follow it exactly for Monday at the least, and perhaps modify it for Tuesday/Wednesday with additional fruit, veggies and protein (it’s only 3 days – I will do a separate blog about it). After the cleanse, I plan to follow Phase 1 of P90X (I lost 8 lbs in 4 weeks last time) with one cheat meal/week. I am going to try to cut back on alcohol significantly as well, but not completely give it up.

Stay tuned for some new blog posts about the cleanse, our second round of P90X, AND triathlon training. I’ve got a lot of my plate but I am ready to conquer these goals and get back on track!