Lately I’ve been starting to think about Life After Ironman (LAIM). Considering there are only 37 days until the race, it’s not really unreasonable to do so.  Mike jokes sometimes that we won’t even know what to do with our time when it isn’t full of swim/bike/run. However, I’m more than certain that we will have plenty to do. Sleeping in is the first thing on my list. Next? Catch up on all that stuff that I keep ignoring, using the excuse “I’ll do it after Ironman.”

Training for an Ironman and working full-time is no joke. Sometimes I think that the pros have it easier (the ones that don’t work anyway) because even though they train 40 hours a week, that’s really all they do. They have more time to sleep, recover, prepare healthy meals and spend time with their friends and families (although I’m sure that pros feel quite stressed and have to  balance traveling with all of that). While training for the Ironman as an age grouper than works 43-50 hours a week, our house has become a pig sty, I only have time to see each of my good friends one time a month (if that), Mike and I don’t see either of our families as often as we’d like, and a weekend vacation or getaway is out of the question. We’ve sacrificed relationships, cleanliness, relaxation/sleep and entertainment to get to the start line of Coeur D’Alene. Oh yeah, and tons of money, but that is another blog topic all together.

Despite all of this, I don’t regret any of it and I am more than happy to make these sacrifices to achieve my goal. Life as a chronic long course triathlete, however, may not be in the cards (I know, I know I can’t say that until I’ve actually done the Ironman), as I’m not willing to make these sacrifices year after year. This weekend I explained to my uncle what an Ironman is and he stared at me and said “I’m just going to say it,” after pausing, he said, “WHY would you do that!?” I can’t even remember my response but it doesn’t really matter because there is no way for him to understand. One of my closest friends, a friend I have known for about five years and that I will be the maid of honor in her wedding this August, recently told me that sometimes she “wonder if we’d even be friends if we met now.” It’s hard to hear people say things like this – like doing Ironman or running marathons makes me some kind of freak. I’ve tried to explain to my friend that competing in endurance events is so much more than just exercise and that the enjoyment I get out of it (as well as writing this blog), is far more important to me than the fact that it keeps me slim. But… I really don’t think she, or my uncle, or many people really, will ever get it. And you know what, that’s okay.

So, what is on the agenda for LAIM? 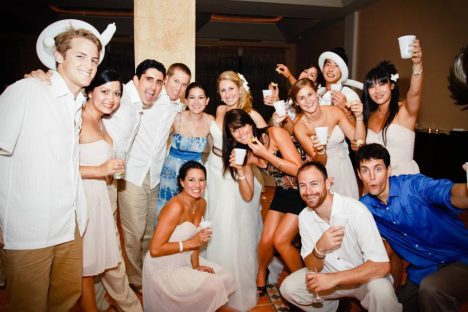 Can you tell that I don’t like to not be busy!? Don’t worry, I won’t be suffering from Post Ironman Depression Syndrome – I’ll have plenty to keep me entertained!

Despite the fitness goals I listed above, I think it’s really important for me to take a break post Ironman to recover and mentally prepare myself for my big 2013 goal of qualifying for Boston. I plan to rest as much as I feel like resting and put absolutely no pressure on myself to workout for the first full month after Ironman. If I feel like working out, I’ll do it and I will make no training schedules or agendas. I just want to do what feels good and is fun. Hopefully this strategy will leave me refreshed and excited to tackle my next goal whenever I decide to start chasing it. Luckily I have plenty of time for that!

What do you neglect while training for a big race? Do you have any big plans for after your “A” race this year?