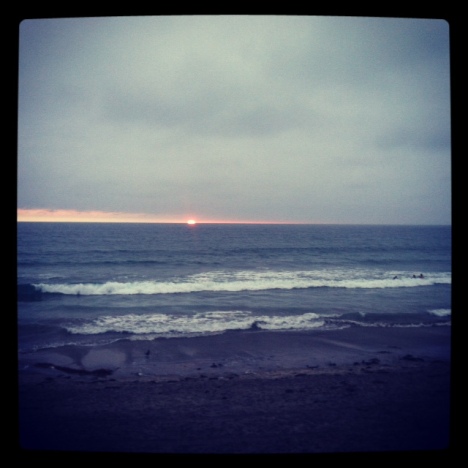 This week was my semi-official first week of Surf City Marathon training. My Pzfitzinger 18 week plan actually would be set to start in a few weeks, but due to the fact that I’ll be missing 8 days of training while I’m in Belize in November and also will need a week of taper/recovery for the Long Beach Half on October 7, I’m starting a bit early. This week was more of a ramp up to get me to the place I need to be to start the official plan next week.

Tuesday was my first day coaching Girls on Track this season (Girls on Track is Girls on the Run for girls in 6-8th grades. More posts on this to come). I’m coaching in Carmel Valley which is very close to the most fabulous hill in San Diego, Torrey Pines. If you’ve been following me a while, you’ll remember that Torrey Pines is the giant hill featured in the La Jolla Half Marathon. In preparation for that race, I would run 1.5 miles up the hill and 1.5 miles down. The steepest part of Torrey is about a 6.5% grade and this portion lasts about .75-.8 of a mile. Instead of running the normal two out-and-back 6 mile route that I used to run, I decided on Tuesday to test myself with shorter repeats up the steepest portion.

For once, the weather was actually fairly cool (maybe low 70s!?). The humidity was still there and the sky was cloudy,  the hill shrouded in  a haze. As soon as I started the short jaunt to the base of the hill, I could tell this was going to be a good run. My legs felt fresh and ready to take on whatever I had in store for them.

The plan was to do three repeats since I really had no idea how long it would take me to scale the steepest section. Although painful, I felt good making my way (slowly) up the hill. There were very few other runners attempting to conquer this beast – instead it was mostly hikers/walkers as well as a trio of cyclists who were doing hill repeats on their bikes. Once I made it to the top, I immediately turned around and coasted down. Somewhere near the beginning of my descent my Garmin ticked off my time for that mile – 11:10. Considering the grade of the hill, this wasn’t that bad!

Going down a 6.5% grade hill is easy on the lungs but hard on the legs. Actually, running down hill does much more damage on leg muscles than running up hill (a fact I learned in Advanced Marathoning), so I knew I needed to be careful. Unfortunately another lesson that was confirmed for me on this run was that it’s nearly impossible to make up time lost on the steep uphill climbs on steep downhill descents. My next mile clocked 9:46 despite the majority of it being downhill.

The thing I enjoy about hill training is that although it is really hard climbing the hill, the descent brings your heart rate down enough to the point where you feel recovered enough to go at it again. I was surprised at how great I was feeling after my planned three trips up and down the mountain, and decided to make it a fourth. I had already been running hard for nearly 45 minutes but I wanted to keep going. So up I went again, pushing it hard for the final lap. 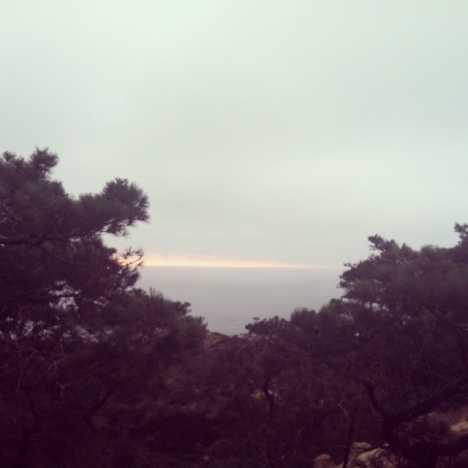 I stopped at the end of my ascent and took a photo of the beautiful scenary. I felt alive. This was by far the best run I’ve had in months and it made me appreciate the fact that I have legs strong enough to push me to the top, lungs resilient enough to handle my labored breathing, and a mind strong enough to never allow myself to stop, no matter how bad it hurt.

I know the road to qualifying for Boston will be a long, hard one, but I’m excited for the challenge. I’m back!

Have you ever had a comeback run? What made it so great?