Last year I went a little overboard and acted like I was superwoman with my 2012 goals. Mike always tells me that you overestimate what you can do in one year and underestimate what you can do in a lifetime and I certainly think that is the case for me! Regardless, I have always been a very goal oriented person and I was excited to put together my list of goals for this year.

1) Qualify for the Boston Marathon. At this point my best and possibly only shot at this will be at Eugene. Due to the nature of marathoning and how long it takes to recover, the next possible time I could run a marathon after Eugene and attempt a BQ would be at least four months later. At this point, I’ve been training for Surf City since October and I don’t think I have it in me to continue to marathon train after Eugene (plus I have some other goals – see below – that interfere with that).  If it doesn’t happen then, I may resign to the fact that it may have to wait until 2014. But, hopefully I won’t have to make that decision since I’ll be qualifying at Eugene! 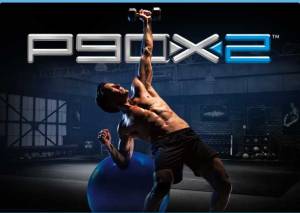 2) Get Stronger by Completing P90X2. The muscles I built during P90X last year have shriveled down and my upper body strength is a joke. I have been keeping up my core work and I think my legs could be as strong as ever due to Ironman and marathon training, but I’m no where close to where I was on the day I became a  P90X graduate. After we finished P90X last year we tried to do another round but the motivation just wasn’t the same when completing the same program you just did (and it didn’t help that I was training for my first triathlon at the same time). Mike and I think that doing P90X2 will be a good challenge and keep us interested. We plan to complete the entire 90 days and have discussed even giving up things like alcohol and coffee at least for the first month, like we did when we completed P90X the first time.I”m sure I’ll continue to run while we do the program, but much less of course. The plan is to begin the program after I’ve recovered from Eugene – so likely mid to late May.

3) Run a Sub 1:45 Half Marathon. Another carryover goal from last year (P90X2 was also on the list last year). Assuming I can qualify for Boston, this goal shouldn’t be too hard to achieve. Actually according to McMillian’s pace calculator, I should be able to run a 1:42:09 half marathon if I’m able to run the 3:35 marathon needed to qualify for Boston. The only problem I see at this point is that I’ve recently been advised to skip the San Diego Half in March due to its impact on training for Eugene. That would leave me with attempting this time at AFC in August which has never been a great race for me or possibly at Long Beach in October. I haven’t actually trained for a half marathon on its own since Carlsbad in January of 2011, so if I do attempt to tackle this distance later in the year, I think I can do it.

There they are! Nutrition wise, my general goal is to continue my mostly plant-based lifestyle. December was a bad month for this – so much cheese and yummy desserts at holiday parties that I couldn’t resist but I don’t beat myself up about it too much. I didn’t have any meat at all so I consider it overall a win. I’d also love to reduce my sugar intake but I’m not sure I want to enough to make it a serious goal. I love dessert too much to forsake it.

You may be asking ….what about triathlon!? There’s a chance I’ll sign up for a sprint or Olympic in the summer but I likely won’t have any real goals related to those races. I’m a bit burnt out on triathlon and I’d rather recharge and possibly get back into the sport in 2014 than push myself to race again (ok mostly to push myself to get back in the pool….) and get more burnt out. My other goals of gaining strength and becoming faster at running are enough!

Cheers to 2013! Do you make goals each year? What are yours?